Faults in the earth crust occur within large range of scales from intracrystalline scale over mesoscopic to several km-scale. Depending on the rheological conditions and amount of displacement within these zones of discontinuity, a wide range of fault rocks like fault breccias, fault gouges, cataclasites, psoudotachylites or mylonites can form. In many cases, deformation associated with faulting is not only limited to the fault rock alone, but rather forms a combination with continuous near field deformation in the wall rock, a process that is generally called fault-related folding.

The correct interpretation and recognition auf fault related folds is fundamental for the reconstruction of progressive development and history of fault kinematics, as well as prediction in areas of limited exposure. On the basis of brittle fault analyses, numerical modelling and 3D visualization of natural fault-related folds of various scales presented in this talk, the importance of flow perturbations around faults and their progressive development will be emphasised as an alternative concept to existing fault-related fold models.

The following differentiation criteria between these two approaches are: 1) The fault does not necessarily maintain a stable orientation but may rotate during progressive development. 2) Fault drag can change from reverse to normal along the fault. 3) The displacement along the fault has its maximum in the centre of the fault and decreases to zero in both directions, downsection and upsection towards fixed fault tips. It is therefore recommended to consider models that are based on flow perturbation theory for future analyses or reinterpretation of fault-related fold structures. 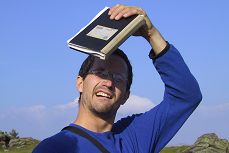