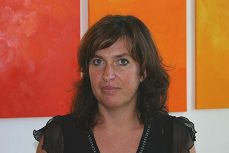 Exposure and flooding surfaces were analyzed in two dissimilar depositional, burial and climatic settings: the Barremian/Aptian Qishn Formation of Central Oman and the Lower Miocene Zhujiang Formation of the South China Sea. Field-petrographic and core analyses together with standard and cathodoluminescence microscopy were combined with carbon and oxygen isotope studies in order to reconstruct the depositional and diagenetic history of exposure and flooding surfaces.

From the case study of the Qishn Formation it can be summarized that subaerial exposure and flooding events can be distinguished by characteristic petrographic features at a discontinuity surface, as suggested by earlier authors. However, the record of subaerial exposure can vary laterally on platform tops, especially in tidal-flat environments. This can hamper recognition of exposure surfaces in limited outcrops or in core studies. Furthermore, carbonate cycles bearing petrographic evidence of terrestrial exposure are prone to erosion. Geochemical analyses undertaken during this study are in line with previous authors, suggesting that carbon isotope trends can be excellent tools for excluding or confirming subaerial exposure. This counts especially for sedimentary rocks with minor burial overprint, like the Qishn Formation. In the Qishn Formation, relatively low carbon and oxygen isotope values point to a meteoric overprint.

The depositional history of the Lower Miocene Zhujiang carbonate platform was reconstructed from cores using microfacies, foraminiferal fauna and geochemical analyses. Gradual flooding of the depositional environment resulted in drowning of the carbonate platform. A distinct flooding surface (drowning unconformity) on top of the shallow marine Zhujiang Formation is succeeded by the pelagic, marine shales of the Hanjiang Formation. Relatively low carbon and oxygen isotope values around the drowning unconformity atop of the Zhuijang Formation are not associated with meteoric diagenesis. They have been related to burial diagenesis in the presence of organic matter. Similarly, abundant secondary porosity throughout the Zhuijang carbonates is related to late leaching in relatively deep burial realms.

This paper emphasizes the spatial and temporal complexity of processes that form and modify subaerial exposure and flooding surfaces. Furthermore it stresses that the geochemical record of mature sedimentary rocks that have been altered by deep burial processes (Zhuijang Formation) can be similar to that of meteorically altered carbonates (Qishn Foprmation). High-resolution geochemical analyses in combination with detailed petrographic studies can, however, greatly improve the correct recognition and interpretation of flooding and subaerial exposure of carbonate platforms.